Cowpea is a food and animal feed crop grown in the semi-arid tropics covering Africa, Asia, Europe, United States and Central and South America. It originated and was domesticated in Southern Africa and was later moved to East and West Africa and Asia.

The grains contain 25% protein, and several vitamins and minerals. The plant tolerates drought, performs well in a wide variety of soils, and being a legume replenishes low fertility soils when the roots are left to decay. It is grown mainly by small-scale farmers in developing regions where it is often cultivated with other crops as it tolerates shade. It also grows and covers the ground quickly, preventing erosion.

The name “cowpea” probably derives from when it was an important livestock feed for cows in the United States.

Pre-soak the seed for 12 hours in warm water and sow in trays in early to mid spring in a greenhouse. Germination should take place within 10 days. Grow the plants on fast and plant them out after the last expected frosts. Consider giving them the protection of a cloche for their first few weeks outdoors to ensure that they do not suffer a check to their growth. An outdoor sowing in situ in late spring may succeed in a warm summer, though it is much more likely to be a disappointment in Britain.
Grows even upto 3 meters so might need stick support. 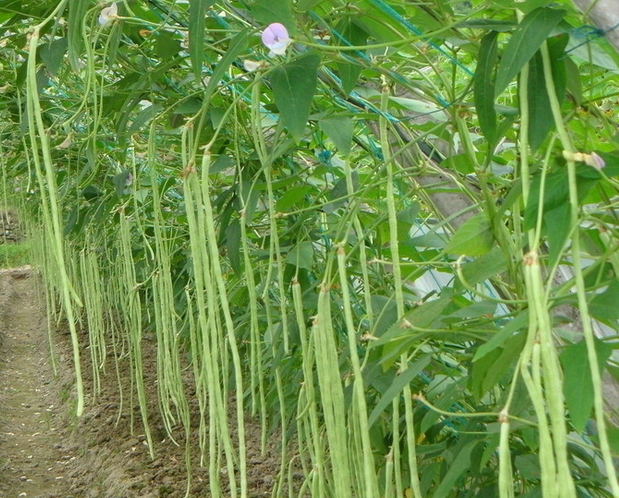