Fabaceae: spiny evergreen shrub to 2m, found on heaths and grassy places, manly on acid soils. The flowers are about 2cm long, are bright yellow and a pleasant coconut scent, flowering all year round, but in full bloom between February-May. Widespread and common across the UK. Native to Western Europe, including Britain, from Scandinavia to Spain.

Apparently the Flower buds can be pickled in vinegar and then used like capers in salads, also a tea can be made from the shoot tips.

Although Common Gorse seeds have only a very shallow dormancy they have a very hard, water-impermeable seed coat and require pre-treatment for successful germination to occur. Without pre-treatment, it is likely that 10% or less of the seeds will germinate. A combination of a variety of seed pre-treatments can be necessary to make the seed coat permeable so that the seed embryo can take up water and begin to germinate.

The first (and easiest) method is place the seeds in a heat proof container and pour boiling water over the seeds and leave them for 30 seconds followed by immediate immersion in cold water. Drain away the water and the seeds are ready to be sown.

Once you have done this soak the seeds in cold water for 12-24 hours and successfully treated seeds will have imbibed water and swollen. Any that have not could be scarified again followed by another water soak.

Sow all the seeds, even those that remain small as they may germinate much later (perhaps years later), the seeds are very long lived and can remain viable in the field for 30 years.

Sow in pots or seed trays of good quality compost at a depth of about 2cm (just less than 1 inch) The seed usually germinates in under 4 weeks at 15-20°C. It is important that temperatures or not greatly higher than this or germination will be reduced. The roots are delicate and seedlings should be individually potted up as soon as possible since plants quickly become intolerant of root disturbance.

Plant them out into their permanent positions in late summer if they have made sufficient growth, otherwise in late spring of the following year. Common Gorse tolerates (and often thrive best in) poor soils and growing conditions. In cultivation, they need little care and are very tough and resistant. 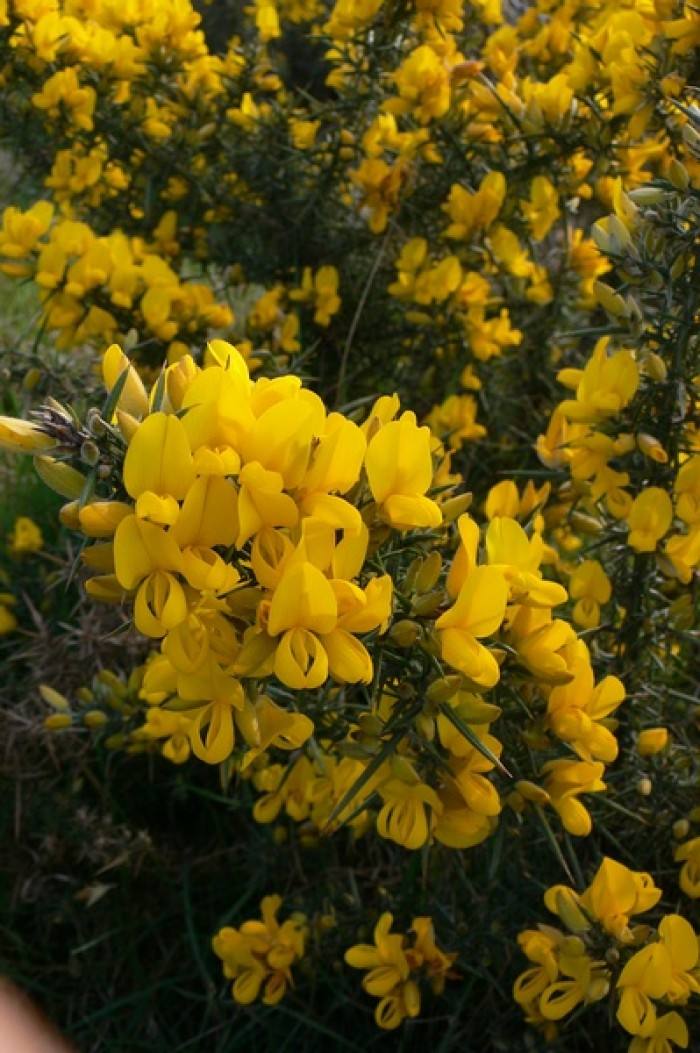