A delightful evergreen very hardy plant. Its origins are not clear but is believed to have been introduced from china at the beginning of the 20th century. A medium growing, fairly dense upright plant with small ovate leaves tapered at the end, it produces masses of tiny white flowers clustered around the leaf axils in late winter which are followed by glossy black berries. Out of interest, the male flowers are the visible ones, the female flowers are in the same clusters but tiny. 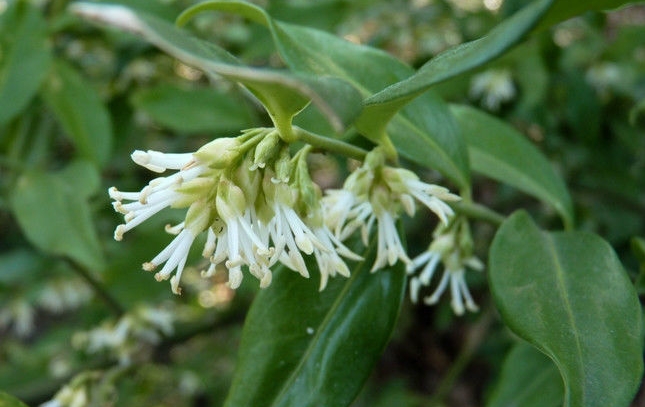