Cedrus libani / Cedar of Lebanon
There are only four species of Cedar and although quite similar C. libani – first introduced to Britain around the mid 1600’s – is just about the finest of them. Few trees can rival its majestic grandeur, perhaps why it is seen so often as a specimen planted around our most regarded stately homes and parklands. The Cedar of Lebanon is a tree of great historical importance, used by the ancient Egyptians for mummification as well having numerous scriptural associations.
Planting any cedar is a long term investment and often the choice of those wishing to leave a lasting memory for future generations to come. Cedrus libani – whilst conical when young – forms a large elegant spreading flat topped tree with spectacular tiered branches. The evergreen grey/green needle like leaves spiral around brown shoots and both male and female cones are produced.
If you have the space and a vision for the future then C. libani makes an excellent choice. Its an excellent performer on most soils but does not enjoy wet ground. Fully hardy.

The Cedar of Lebanon, Cedrus Libani is a coniferous evergreen and is the
national emblem of Lebanon and is displayed on the Lebanese flag and coat of arms.
Both the leaves and the wood antiseptic and expectorant and are used to
disinfect the respiratory tract. The Cedar of Lebanon is plant in gardens
and parks as an ornamental tree, the most famous can be seen in Highgate
Cemetery in London. 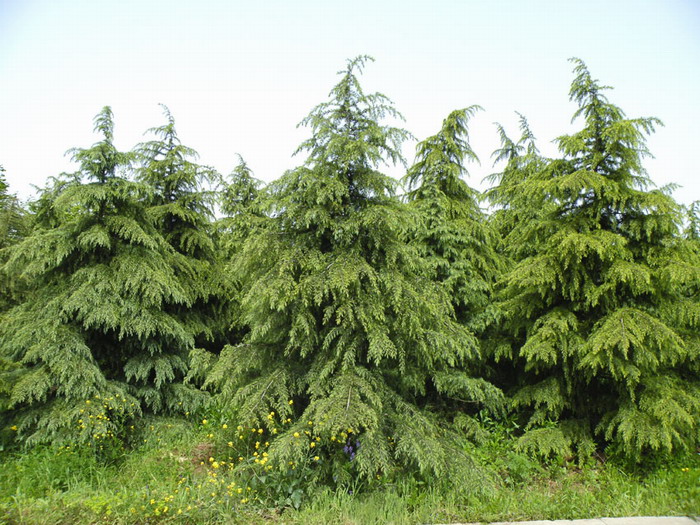