Seeds of Winter honeysuckle is a somewhat stiff-branched, deciduous shrub with a bushy, spreading habit. Typically grows 6-10′ tall and as wide. Extremely lemony fragrant, short-tubed, creamy white flowers appear in early spring before the leaves emerge. Flowers are followed by small, somewhat inconspicuous, red berries which mature in late spring to early summer. Oval, dark green foliage sometimes has bluish tinge. Budded branches may be cut for an early, fragrant, indoor arrangement. It is native to china and has been an introduced species to other parts of the world. Fortune introduced Lonicera fragrantissima to England in 1845, and a few years later it was introduced to the United States. Zones 4 to 8b. 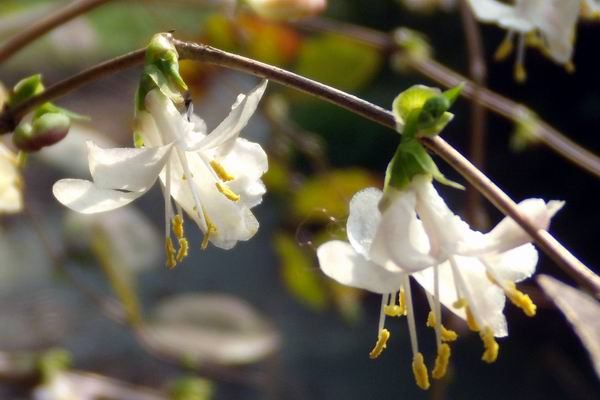