Eucalyptus globulus ssp globulus, known as the Tasmanian Blue Gum, is a majestic tree that is native to Tasmania and southern Victoria in Australia.

They typically grow from 30 to 55 metres tall with one tree reported at 90 metres in Tasmania.

The tree has a rough, greyish bark which is shed on the upper trunk and branches in long ribbons (as noted above, the bark is shed to the base in some cases but retained at the base in others).

The white flowers occur in from winter to early summer. They are followed by greyish, 3 to 6-valved fruits (“gum nuts”).

The tree is popular in cultivation, particularly for its attractive, blue-grey (glaucous) juvenile foliage and fast growth.

E.globulus has an open textured wood with distinct growth rings. The timber is strong and durable and has been used for a variety of purposes including railway sleepers, piles, paper making, oil and honey. The tree coppices well and has been used for fuel. The volatile oil content is relatively low but that hasn’t prevented substantial oil harvesting from the species, particularly in Spain and Portugal. The oil is pale yellow in colour and is used in perfumery and in soap making.
Blue gum is one of the most extensively planted eucalypts. Its rapid growth and adaptability to a range of conditions is responsible for its popularity. It is especially well-suited to countries with a Mediterranean-type climate, but also grows well in high altitudes in the tropics. Frost hardy to greater than -8°C. 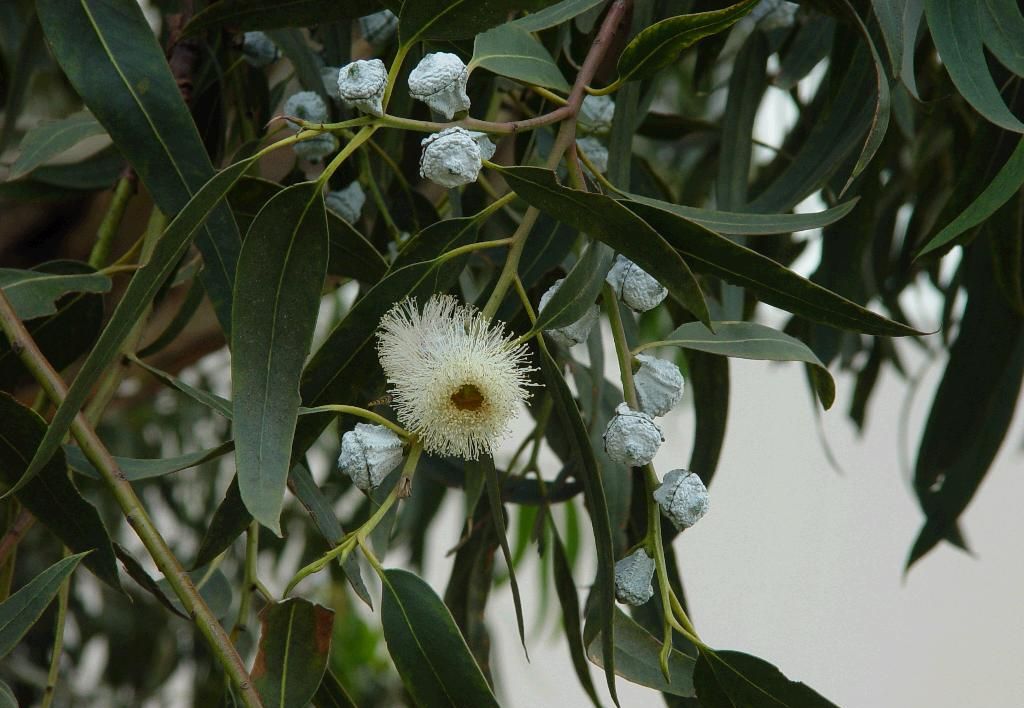