Classical use of Cistanche Tubulosa

Cistanche Tubulosa has been used for centuries to nourish the Yang Jing of the Kidneys while simultaneously promoting essence and blood. Through improved Kidney Yang, and improved essence and blood, Cistanche also brings moistness into the Large Intestine meridian.

The Kidney meridian governs the body’s most important reservoir of essential energy, including the original prenatal energy (yuan chee) which forms the basis of life is stored in the kidney organ-energy system, which is why the kidneys are also known as the ‘Root of Life’, and the sexual and reproductive functions. The Kidney provides the body’s prime source of sexual vitality, which the chinese regard as a major indicator of health and immunity. The Kidney meridian is known as the ‘Minister of Power.’

The Large Intestine meridian governs the transformation of digestive wastes from liquid to solid state and transports the solids onwards and outwards for excretion through the rectum. The Large Intestine plays a major role in the balance and purity of bodily fluids and assists the lungs in controlling the skin’s pores and perspiration.

The uses of Cistanche have evolved over nearly 2,000 years. Cistanche was described in the oldest surviving herb classic, Shennong Bencao Jing (ca. 100 A.D.), as follows:

Cistanche is salty. It mainly treats the five taxations and seven damages, supplements the center, eliminates cold and heat and pain in the penis, nourishes the five viscera, strengthens yin, and boosts essence qi. In females, it makes pregnancy possible and treats concretions and conglomerations. Protracted taking may make the body light.

Cistanche Tubulosa is known as a rare Panax ginseng found in the Hotan region, an oasis in the Takla Makan Desert, in the sparsely populated Hsinchiang Uighur Autonomous region of north western china, southen Russia and southern Mongolia. The extreme desert conditions of the Takla Makan Desert produce the perfect environment for a perfect Yang Tonic to grow in. Cistanche Tubulosa thrives with beautiful, vibrant flowers in an another wise hostile environment, and prepares us to similarly thrive in an increasingly hostile world.

The Hotan region, an oasis in the Takla Makan Desert, has one of the four longest life expectancies in the world. This is the area where Cistanche Tubulosa grows. The percentage of elderly people that live to be over one-hundred years old in this region is the highest in all of China, over three times that of Okinawa Prefecture in Japan which is famous for its people’s longevity. Per 100,000 people, Okinawa has 51 people aged over 100 and Hotan has 183 such people. People of the Hotan region eat Cistanche Tubulosa daily and this habit is believed to be the key of people’s longevity in the region.

The main emphasis in the clinical application of Cistanche Tubulosa is to scientifically validate the folk use of the plant as a potent anti-aging tonic and a strong Yang tonic. Research has focused on several broad areas: anti-aging and anti-oxidant properties, improvement of brain function, aphrodisiac properties, immune system restoration, anti-fatigue and metabolism, and skin quality rejuvenation (which could fall under the auspices of anti-aging).

The Active Constituents of Cistanche Tubulosa

The main active constituents of Cistanche Tubulosa extract are phenylethanoid glycosides, including echinacoside and acteoside. Although echinacoside is known as the main component of the herb Echinacea, Cistanche Tubulosa contains a higher amount of echinacoside than any other plant (including Echinacea). Acteoside (a type of polyphenols) has an extremely strong anti-oxidant properties–15 times stronger than resveratrol and 5 times stronger than vitamin C.

In addition to the active phenylethanoid glycosides, several other compounds have been identified in Cistanche Tubulosa, including kankanoside. These compounds, combined with echinacoside,

and acteoside, produce a vase-dialating effect on the body (similar to the effect produced from high amounts of L-arginine or the effects from vaso-dialating pharmaceuticals). The major active constituents present in Cistanche Tubulosa include: 2-Acetylacteoside, Acteoside, Cistanoside A, Cistanoside C, Echinacoside, Isoacteoside, Tubuloside A.

Anti-aging and anti-oxidant properties:
In clinical trials, use of Cistanche Tubulosa has been shown to increase free radical scavenging ability and enhance SOD activity. Cistanche has also been shown to prevent lipid peroxidation, the oxidative degradation of lipids by free-radicals.

Improvement of brain function:
Clinical trials have demonstrated specific improvement in brain function with the use of Cistanche Tubulosa, including the improvement of learning and memory. Furthermore, use of Cistanche was shown to have anti-apoptosis activity (protect against programmed cell death of healthy cells), rescue human fibroblasts from damage, prevent aging of the brain, and increase the amount of brain neurotransmitters. Several other studies demonstrate more neuro-protective and neuro-regenerative capabilities of Cistanche.

Aphrodisiac and sexual health properties:
All species of Cistanche have been used historically, and are used today, to treat sexual dysfunction and increase sexual functioning. Several interesting studies have been conducted recently showing how Cistanche increased the libido and performance of stressed mice. This is of special importance to humans, who are increasingly suffering the effects of stress (emotional, environmental, economic) and how stress damages reproductive health. Additionally, the active constituents in Cistanche have a unique vaso-dilating effect, bringing more blood into the male and female sex organs, producing greater states of sexual response.

Immune system restoration;
Cistanche is best described as an immune system stimulant, and has been shown to increase the amount oflymphocytes, the cells that attack bacteria and viruses, after two week use.

Cistanche Tubulosa extract also has been reported to activate lymphoid cells and increase the killing rate for cancer cells.

Anti-fatigue properties and metabolism;
Cistanche has been shown to increase cholesterol metabolism and lipid metabolism. Cistanche Tubulosa extract has been reported to have anti-fatigue activity with survival time under oxygen deficiency, survival time after the administration of sodium nitrite (toxic agent), and duration time in forced swimming as indexes.

Skin quality rejuvenation.
Use of Cistanche shows an inhibition of hyaluronidase. Hyaluronidase is the enzyme which breaks down hyaluronic acid (HA), the liquid which keeps skin young and supple, and provides joints their mobility. When hyaluronic acid is low, skin becomes dry and wrinkled, and joints loose their mobility. By inhibiting of hyaluronidase, HA is kept active longer, and levels tend to increase. Low levels of HA are the cause of both the aging of the skin and the aging of the joints.

Furthermore, Cistanche has been shown to reverse sun damage, including previous sun damage, to the skin. 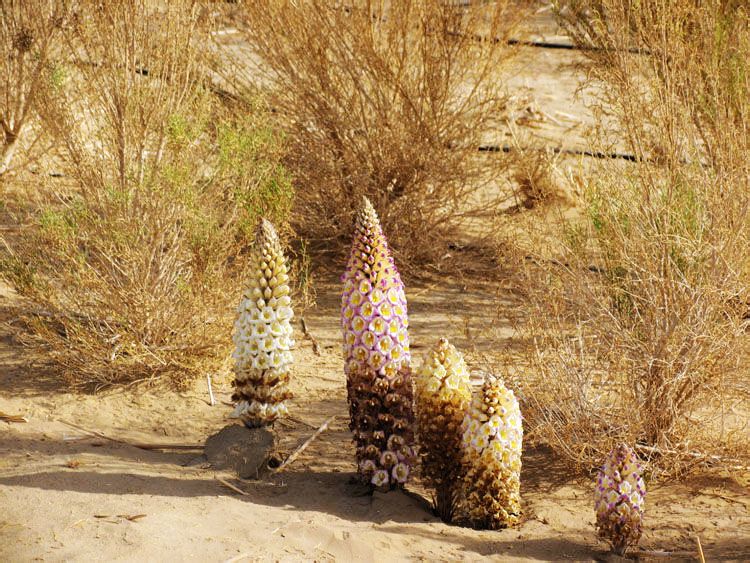