Acer rubrum (Red Maple, also known as Swamp, Water or Soft Maple), is one of the most common and widespread deciduous trees of eastern North America. The U.S. Forest service recognizes it as the most common variety of tree in America.The red maple ranges from southeastern Manitoba around the Lake of the Woods on the border with Ontario and Minnesota, east to Newfoundland, south to near Miami, Florida, and southwest to east Texas. Many of its features, especially its leaves, are quite variable in form. At maturity it often attains a height of around 15 m (49 ft). It is aptly named as its flowers, petioles, twigs and seeds are all red to varying degrees. Among these features, however, it is best known for its brilliant deep scarlet foliage in autumn.

The Maple is fast growing, and is also easy to grow. It is very tolerant of many diverse growing conditions, & is a long-lived tree. They make a nice shade tree, and their ornamental fall colors really put on quite a show making them very popular. 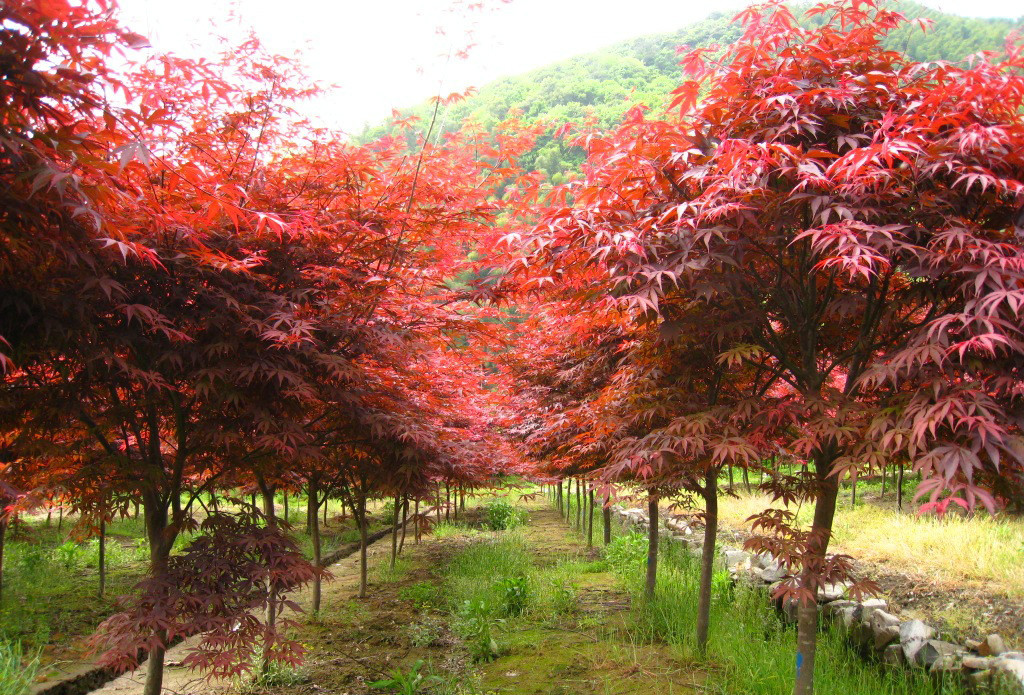