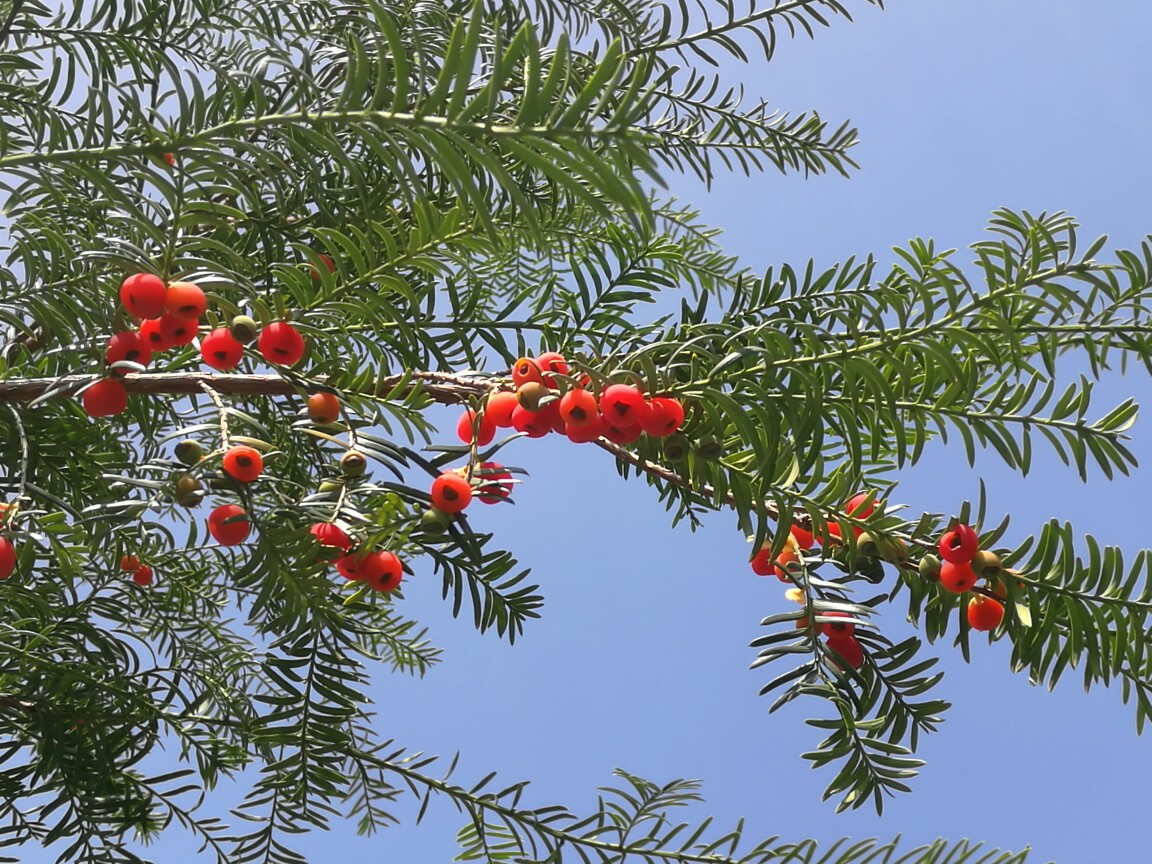 Himalayan Yew, is a species of yew, native to the Himalaya (Pakistan, India, Nepal (from Afghanistan east .Taxus wallichiana , known as Himalayan yew, belongs to the family Taxaceae.
It is a medium-sized, temperate, Himalayan forest tree of medicinal importance. In India, this evergreen tree is found at altitudes between 1800 and 3300 m above mean sea level (MSL). It has been used by the native populations for treating common cold, cough, fever, and pain. Its uses are described in Ayurveda and Unani medicine. It received attention recently as its leaves and bark were found to be the prime source of taxol, a potent anticancer drug. It possesses many other biological activities also.