Sea cucumbers are echinoderms from the class Holothuroidea. They are marine animals with a leathery skin and an elongated body containing a single, branched gonad. Sea cucumbers are found on the sea floor worldwide. There are a number of holothurian species and genera, many of which are targeted for human consumption. The harvested product is variously referred to as trepang, bêche-de-mer or balate. From the nutritional viewpoint, sea cucumber is an ideal tonic food. It is higher in protein (at 55%) than most any other food except egg whites (at 99%) and it has 10-16% mucopolysaccharides, substances that are used to build the cartilage. Sea cucumber is lower in fat than most other foods. From the modern medical viewpoint, sea cucumber is a valuable source of several kinds of substances that can serve as natural health products, and, perhaps, be developed as drugs. Since sea cucumber is consumed as a food by a very small segment of the population outside East Asia, most people do not have access to its beneficial components. Thus, extracts of desired sea cucumber materials are put into easy-to-consume formats, such as capsules (hard and soft gelatin) and tablets. Sea cucumber, having a cartilagenous body, serves as a rich source of mucopolysaccharides, mainly chondroitin sulfate, which is well-known for its ability to reduce arthritis pain, especially that of osteoarthritis As little as 3 grams per day of the dried sea cucumber has been helpful in significantly reducing arthralgia. Chondroitin’s action is similar to that of glucosamine sulfate, the main building block of chondroitin.

To prepare the sea cucumber after it is collected, the internal organs are removed, and dirt and sand are washed out of the cavity. It is then boiled in salty water and dried in the air to preserve it. When readied for use in making food, the hard, dried sea cucumber is softened. The process is quite lengthy, which is why this food tends to appear at special dinners and banquets more so than in day-to-day cuisine. To soften the dried sea cucumbers, the instructions are: place the sea cucumbers in a pot and add cold water to cover; soak for at least 12 hours; then cook over low heat for 1 to 2 hours; add more water, as necessary, to make sure that the water always covers the cucumbers; remove from heat and let cool to room temperature, then drain. 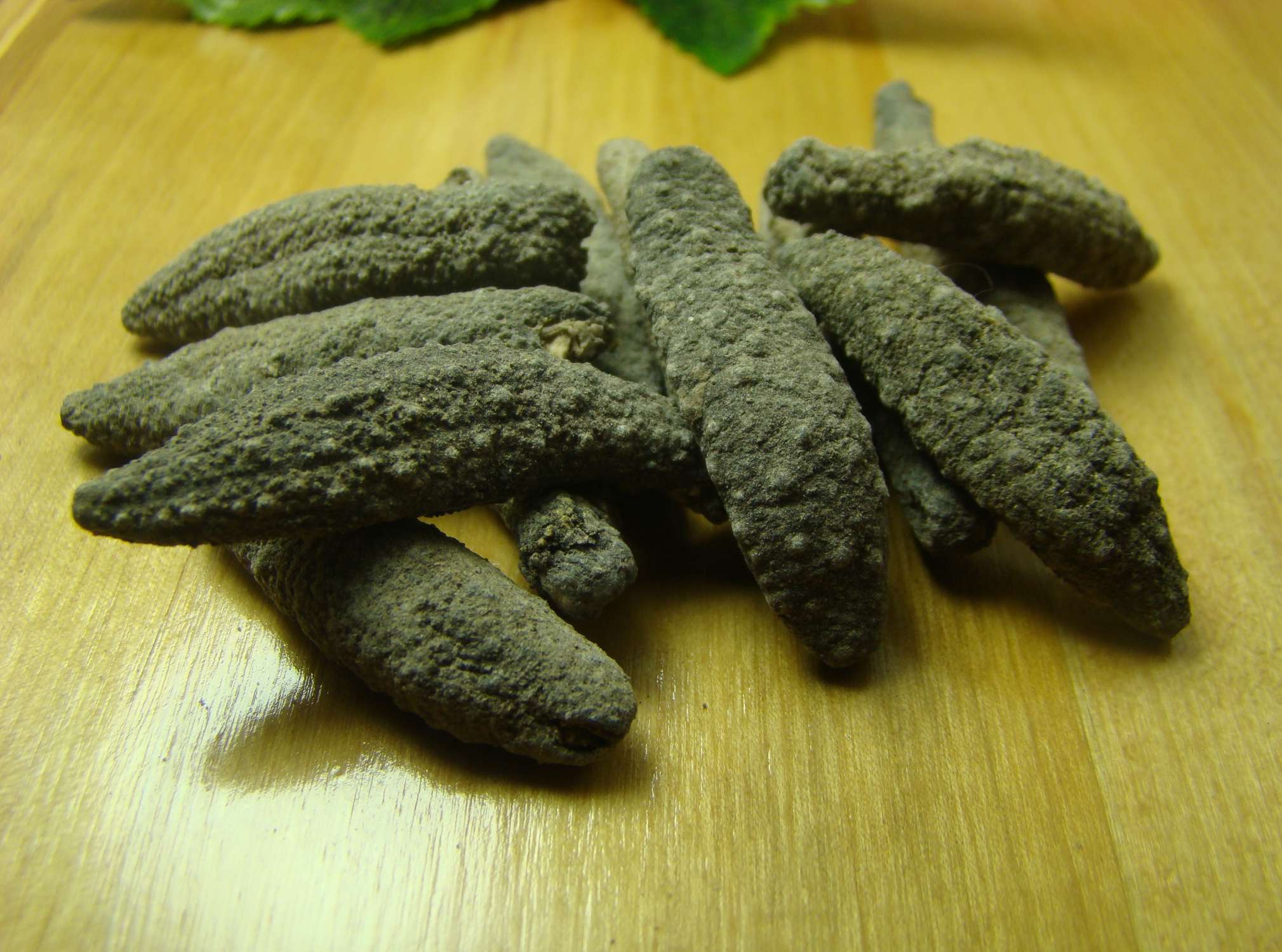