Rheum palmatum, commonly called chinese Rhubarb, Ornamental Rhubarb, Turkish Rhubarb, Turkey Rhubarb, Indian Rhubarb, Russian Rhubarb or Rhubarb Root (and within Chinese herbal medicine Da-huang). While most garden species only grow to a mere few feet in height, Turkey rhubarb can produce as high as a â€œsix to ten foot jointed stalk,â€ with loosely branched clusters of flowers along the tips that mature red in color from their often yellow or white blooms. Its leaves are rather large, jagged and hand – shaped, growing in width of at least two to three feet. It is important to recognize that only those species of Rheum with lobed leaves are accredited for their medicinal use.* 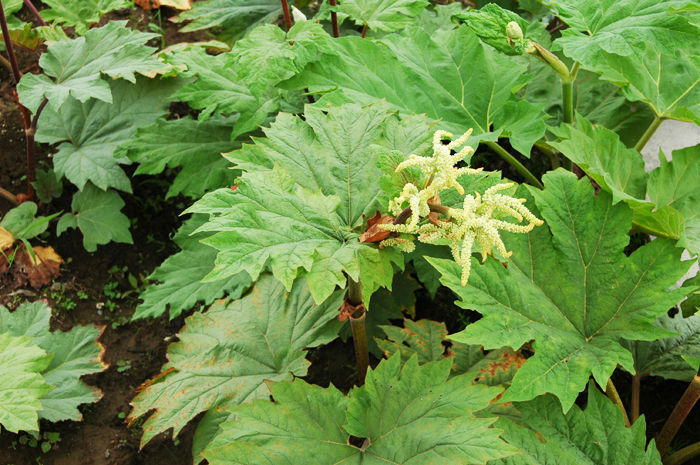