A large tree species of legume in the Fabaceae family that grows up to 20–30 metres (66–98 ft) tall. It is only found in eastern and central china (in Anhui, Fujian, Gansu, Guizhou, Hubei, SE Jiangsu, Jiangxi, S Shaanxi, Sichuan, and Zhejiang provinces). It is becoming rare due to habitat loss and overharvesting for its timber. It is under second-class national protection. It can be evergreen or deciduous. The heartwood is reddish and handsomely marked. The wood is hard and heavy. One of the most valuable woods in China for furniture and carving. It is esteemed above all other chinese wood for high grade cabinetry work.
In the spring it produces large panicles of white and pink pea shaped flowers, and overall is a beautiful tree all throughout the year. The hard red ornamental seeds are formed in bean like pods and are often used in jewelry making.

This species has a symbiotic relationship with certain soil bacteria; these bacteria form nodules on the roots and fix atmospheric nitrogen. Some of this nitrogen is utilized by the growing plant but some can also be used by other plants growing nearby. Recommended growing conditions and hardiness is unknown to us. 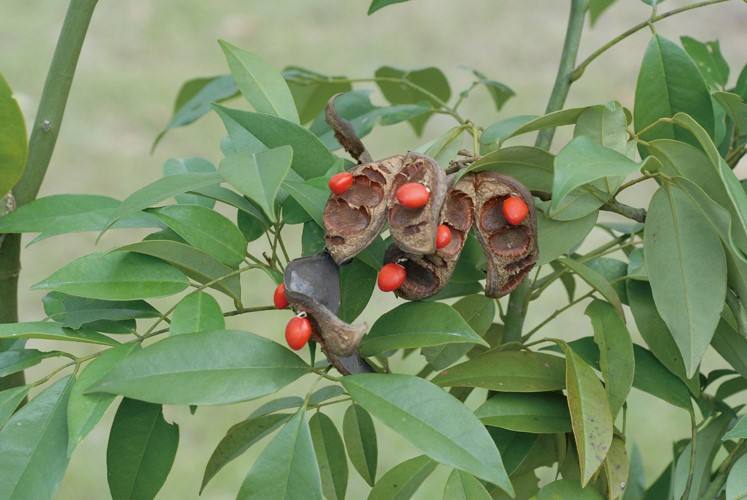