Ensete lasiocarpum, commonly known as chinese dwarf banana golden lotus banana or Chinese Yellow Banana is a plant of the Ensete genus. It is a close relative of bananas and also a member of the Musaceae family. The plant is native to the Yunnan province in china, where it grows high
in the mountains up to an altitude of 2500 m. It is known for its yellow erect Flower generally appearing during the second year of growth.
The bloom can last several months. Just before blooming the flowerresembles a lotus from which the plant gets one of its names. 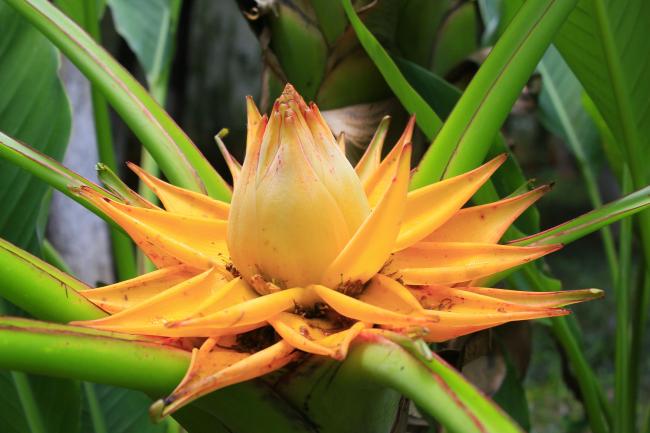