The cashew tree is a tropical evergreen tree that produces the cashew nut and the cashew apple. It can grow as high as 14 m (46 ft), but the dwarf cashew, growing up to 6 m (20 ft), has proved more profitable, with earlier maturity and higher yields.
The species is originally native to northeastern Brazil. Portuguese colonists in Brazil began exporting cashew nuts as early as the 1550s. Major production of cashews occurs in Vietnam, Nigeria, India, and Ivory Coast
The cashew nut, often simply called a cashew, is widely consumed. It is eaten on its own, used in recipes, or processed into cashew cheese or cashew butter. The shell of the cashew seed yields derivatives that can be used in many applications including lubricants, waterproofing, paints, and arms production, starting in World War II. The cashew apple is a light reddish to yellow fruit, whose pulp can be processed into a sweet, astringent fruit drink or distilled into liquor.
The tree is small and evergreen, growing to 10-12m (~32 ft) tall, with a short, often irregularly shaped trunk. The leaves are spirally arranged, leathery textured, elliptic to obovate, 4 to 22 cm long and 2 to 15 cm broad, with a smooth margin. The flowers are produced in a panicle or corymb up to 26 cm long, each Flower small, pale green at first then turning reddish, with five slender, acute petals 7 to 15 mm long. The largest cashew tree in the world covers an area of about 7,500 square metres (81,000 sq ft).
Cashew Nut Apple, Anacardium Occidentale, Rare Tropical Plant Tree Seeds with large leaves and pretty, pink flowers.Cashews, as you know them, are nuts. However, the cashew nut is not the only fruit of the cashew trees.The cashew nut is inside the funny looking, kidney shaped shell that is attached to the bottom of the cashew apple.The true fruit of the cashew tree is a kidney or boxing-glove shaped drupe that grows at the end of the cashew apple. The drupe develops first on the tree, and then the pedicel expands to become the cashew apple. Within the true fruit is a single seed, the cashew nut. The seed is surrounded by a double shell containing an allergenic phenolic resin, anacardic acid, a potent skin irritant chemically related to the better-known allergenic oil urushiol which is also a toxin found in the related poison ivy. Properly roasting cashews destroys the toxin. Some people are allergic to cashew nuts, but cashews are a less frequent allergen than nuts or peanuts.

The cashew nutshell liquid is composed of acids that have been used effectively against tooth abscesses due to their lethality to a wide range of Gram-positive bacteria. The bark is scraped an soaked overnight or boiled as an antidiarrheal; it also yields a gum used in varnish. Seeds are ground into powders used for anti-venom for snake bites. The nut oil is used topically as an anti-fungal and for healing cracked heels. 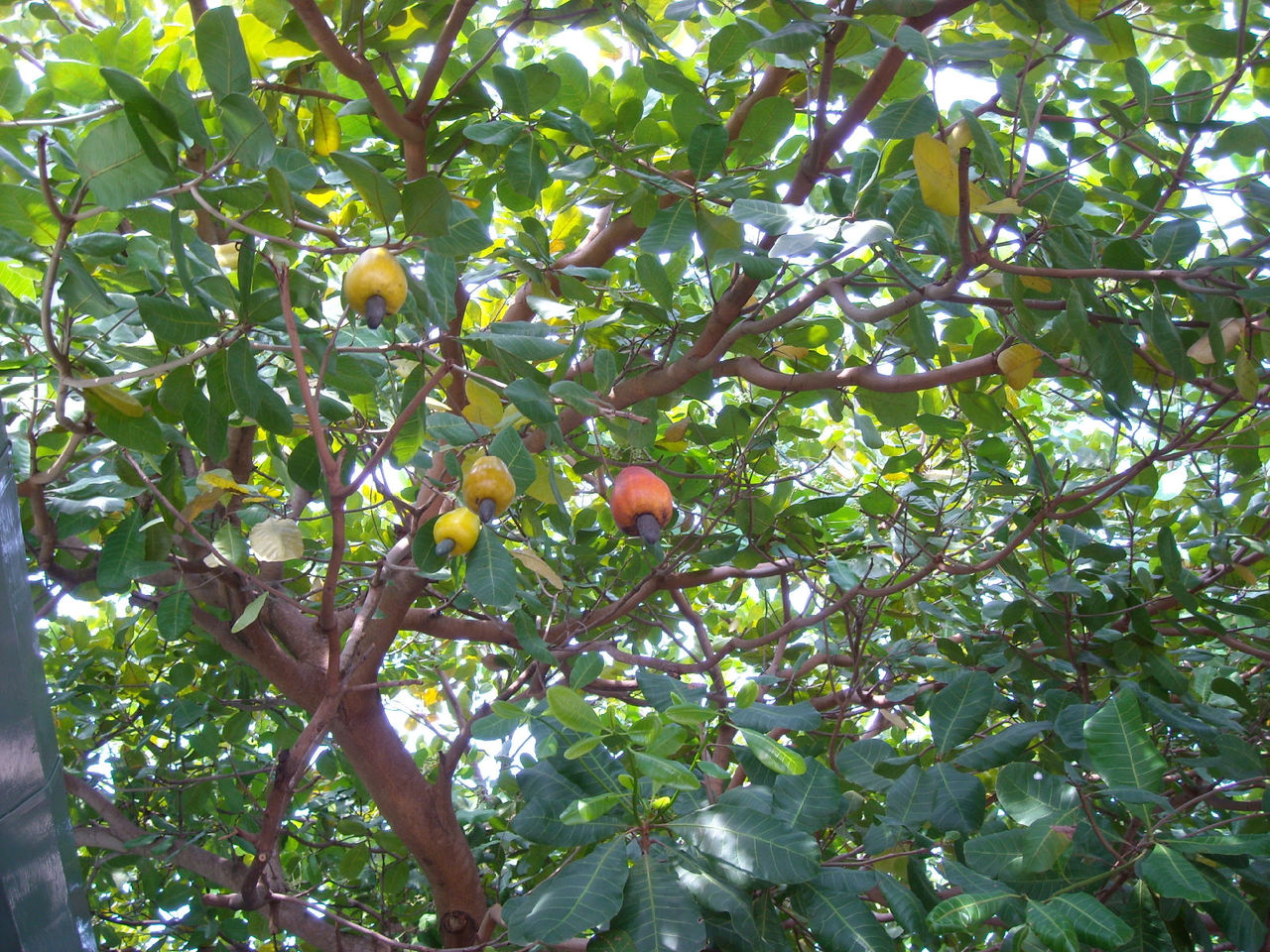