Angelica sylvestris ‘Wild Angelica’
Apiaceae: robust, almost hairless perennial to 2m, with hollow, purplish stems. Found in damp meadows and woodlands. The white flowers (sometimes tinged pink), in robust, domed umbels to 15cm across, flowering from June-July. The leaves are 2 or 3 times pinnate, lower leaves up to 60cm long, upper leaves smaller, with bases forming inflated sheaths. Widespread and common throughout the UK. Native to most of Europe, including Britain, to Western Asia and Siberia.

The leaves, young shoots and stems can be used as an aromatic addition to salads, or cooked and used as a Vegetable, the taste can be somewhat bitter. The chopped leaves are a good addition to cooked acid fruits, especially rhubarb. The stem and leafstalks are used in candies and sweetmeats. seed can used as an aromatic flavouring in confections and pastries.

The root and the seeds are antispasmodic, aromatic, carminative, diaphoretic, diuretic, emmenagogue, expectorant, stimulant, stomachic, and tonic. This plant is less rich in active principles than A. archangelica and so is much less used medicinally than that species, but a decoction is sometimes used in the treatment of bronchial catarrh, coughs and dyspepsia. Large doses have the effect of depressing the central nervous system.

Seed is best sown in a cold frame as soon as it is ripe since the seed only has a short viability. Seed can also be sown in the spring, though germination rates will be lower. It requires light for germination. When large enough to handle, prick the seedlings out into individual pots and grow them on in a cold frame for their first winter, planting them out into their permanent positions in the spring. 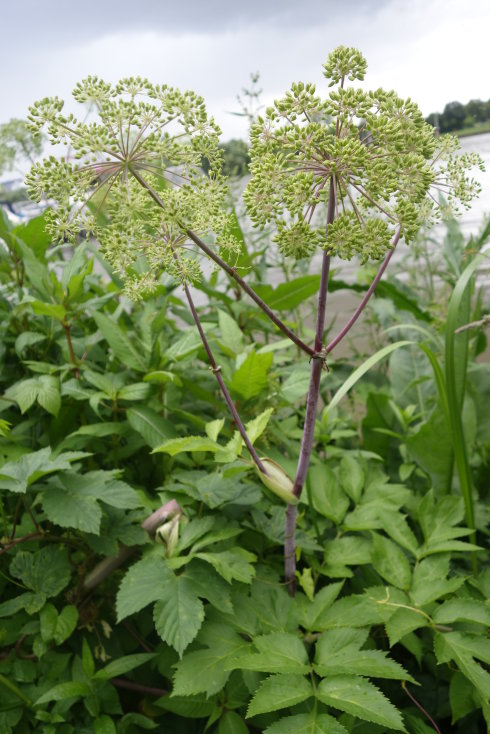