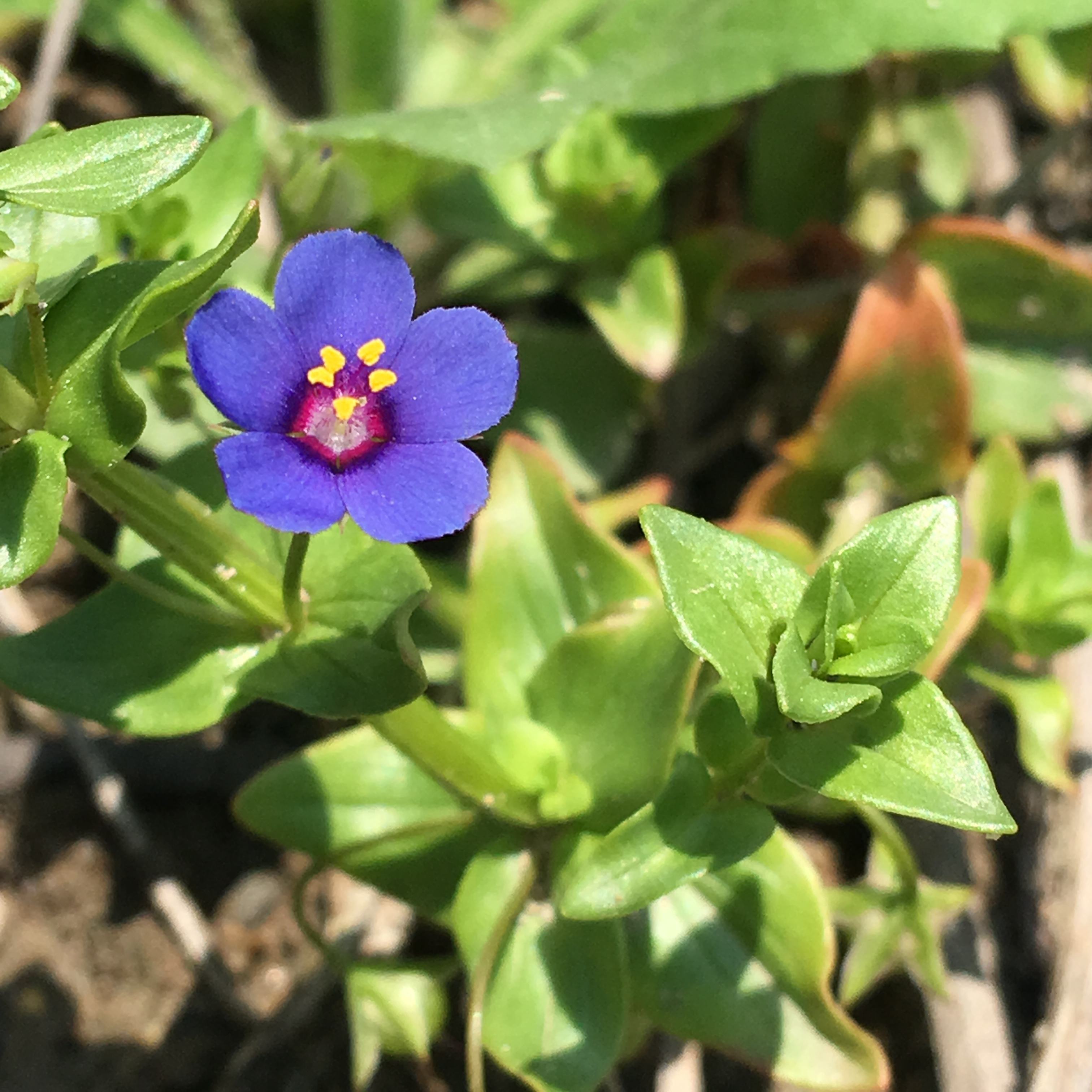 Primulaceae: A low-growing, hairless annual of cultivated and disturbed ground. The flowers are 10-15mm across with 5 scarlet or pinkish-orange (sometimes blue) petals fringed with hairs, on slender stalks, and opening wide only in bright sunshine, blooming from June-August. The leaves are oval, usually in pairs. Native to Europe, Western Asia and North Africa. The species has been distributed widely by humans, either deliberately as an ornamental Flower or accidentally. A. arvensis is now naturalised almost worldwide, with a range that encompasses the Americas, Central and East Asia, the Indian Subcontinent, Malesia, the Pacific Islands, Australasia and Southern Africa.

The leaves are used raw or cooked. Used in salads like spinach. The tender shoots are cooked as a Vegetable.

The scarlet pimpernel was at one time highly regarded as a medicinal herb, especially in the treatment of epilepsy and mental problems. The whole herb has antitussive, cholagogue, diaphoretic, diuretic, expectorant, nervine, purgative, stimulant and vulnerary properties.